This story was originally published on Medium.com/@UN_Women

Across the world, millions of women and girls live in the long shadows of human trafficking. Whether ensnared by force, coercion, or deception, they live in limbo, in fear, in pain.

Because human trafficking operates in darkness, it’s difficult to get exact numbers of victims. However, the vast majority of detected trafficking victims are women and girls, and three out of four are trafficked for the purpose of sexual exploitation.

Wherever there is poverty, conflict and gender inequality, women’s and girls’ lives are at-risk for exploitation. Human trafficking is a heinous crime that shatters lives, families and dreams.

On World Day against Trafficking in Persons, three women survivors tell us their stories. Their words are testament to their incredible resilience and point toward the urgency for action to prosecute perpetrators and support survivors along their journeys to restored dignity, health and hope. 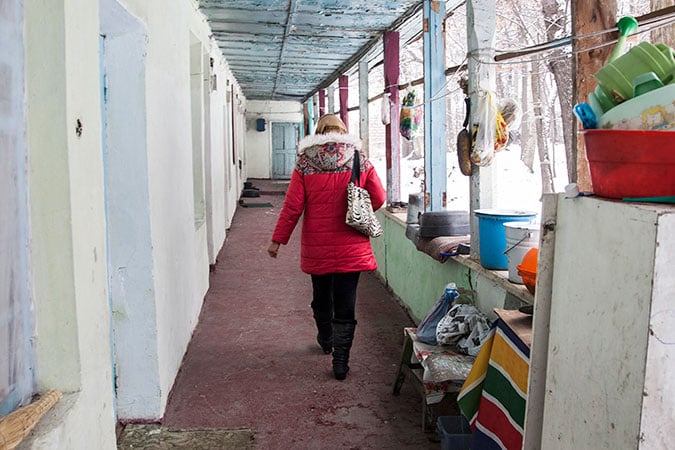 When she was 22 years old, Luiza Karimova left her home in Uzbekistan and travelled to Osh, Kyrgyzstan with the hopes of finding work. However, without a Kyrgyz ID or university degree, Karimova struggled to find employment. When a woman offered her a waitressing job in Bishkek, the capital city in the north of Kyrgyzstan, she welcomed the opportunity.

But things took a turn for the worse after arriving in Bishkek. Karimova recalls that, “They held us in an apartment and took away our passports. They told us that we’d be photographed again for our new employment documents, to be registered as waitresses. It felt strange, but we believed them.”

Then, Karimova and the other women were put on a plane to Dubai, handed fake passports instead of their real ones, and shepherded to an apartment after landing. “We were to be sex slaves and do whatever the clients wanted. The next day I was sent to a nightclub and told that I would have to earn at least 10,000 USD by the end of the month,” says Karimova.

For 18 months, her life was consumed by the nightclub work. Upon leaving the club one evening, Karimova saw a police car approaching, and instead of running away, she stayed to let the police arrest her.

“I was deported back to Osh, and since my ID was fake, I spent a year in jail. I filed a police report, and three of the traffickers were captured”.

However, after being released from prison, Karimova was left to live on the streets, ashamed and unemployed. She went back to work in the sex industry until she was approached by Podruga, a UN Women supported organisation that assists women subjected to sex and drug trafficking. “They offered me work. I wasn’t sure that I would fit in, but slowly I began to trust them,” she says.

Now, Karimova works to prevent the exact situation in which she found herself. As an outreach worker with Podruga, she visits saunas and other places where sex workers may be. “I often meet girls who dream of going to Turkey and Dubai, to earn more. I tell them, ‘please don’t go…There is nothing good for you there.’”

To prevent their futures from unfolding as hers did, Karimova provides the women with health and safety resources and information about legal aid. “To stop trafficking of women and girls, we have to inform people about the full consequences of human trafficking and how to detect the signs. It is critical to start raising awareness about this in schools, starting young, so that they do not become victims.”

To read more of Karimova’s story and her work to prevent human trafficking in Kyrgyzstan, see her full interview. 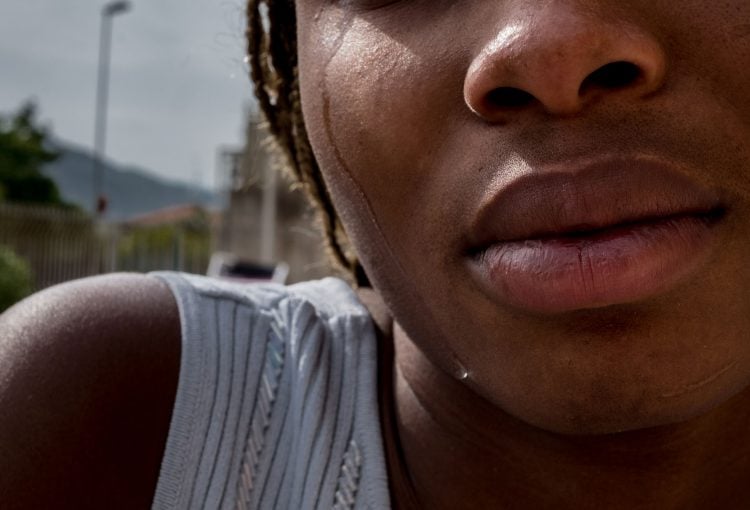 In the Lake Chad region of West Africa, the Boko Haram insurgency has taken a drastic toll on millions of families. Thousands of people leave home every day, putting their lives in the hands of smugglers in search of a better life.

At 17 years old, Mary did just that. She felt there was no future for her in her home of Benin City, Nigeria, so she sought opportunities elsewhere. She was put into contact with a man, Ben, who promised to pay her way to Italy and use his connections to find her a restaurant job.

Soon after meeting Ben, Mary was called to his house and made to swear that she wouldn’t try to run away. In March 2016, she, along with a group of boys and girls, left for Libya—a stop along their route to Europe.

In Libya, Mary found herself in peril. “Ben took two of us girls one night. He gave the other girl to another man, and he said to me if I didn’t sleep with him, he would give me to another man and not bring me to Europe. He raped me,” Mary says.

She wanted out but had no means of contacting anyone back home. “I had to stay there for months until they called me to go on the boat,” she says.

When she was finally put on a boat to Italy, Mary was informed she would be living in a camp and work as a prostitute—unjust conditions that she had never agreed to and couldn’t escape.

“I can’t go stand on the side of the road in the name of money,” she says, her voice rising. “I have a future. Standing there, selling myself, would destroy my life. My dignity. Everything.”

Now, the people who paid Mary’s way to Italy are demanding money and threatening her mother back in Nigeria. Her voice falters as she explains that, “they said they would do something very bad to her if I don’t send money.”

She waits in anguish until her documents are processed. “I’m so sad. I’m under so much pressure. I don’t know what to do… I just want to be free. I want it to be over, even for just one day.”

Despite the immense suffering she’s experienced as a victim of human trafficking, Mary’s dream of a better life holds strong. “One day I will have my documents, I will have an education, I will have work,” she says with hope. She wants to become a lawyer and serve those who’ve been trafficked like she has. “I want to give justice to the girls that have to use their bodies for work.”

For more of Mary’s story and UNICEF’s efforts to end the trafficking of children, read the full article.

“I no longer feel alone.” 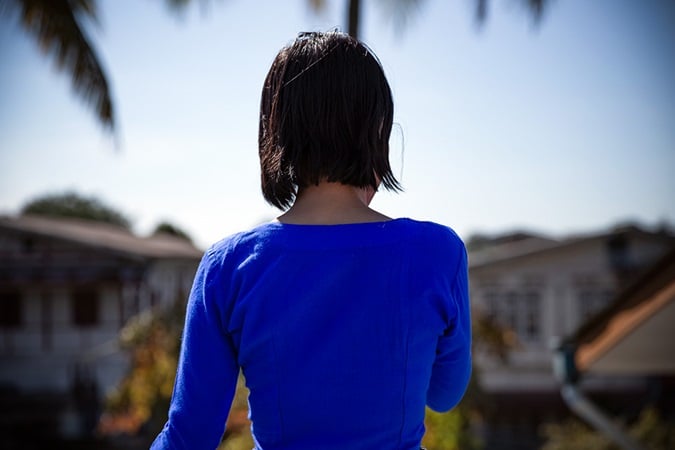 Khawng Nu, now 24 years old, is from Kachin, a conflict affected and impoverished state in northern Myanmar. There are few job opportunities, so when a woman from her village offered her work in a Chinese factory, Khawng Nu accepted the offer. However, upon arriving in China, Khawng Nu quickly learned that she had been deceived. The situation wasn’t at all what she was told it would be.

Khawng Nu had been trafficked to birth babies, a type of trafficking that accounts for 20 per cent of the trafficking of women in Myanmar. Khawng Nu recalls seeing more than 40 women on the floor of the building where she was kept, some as young as 16.

“They give pills to women and inject them with sperm for them to carry babies for Chinese men,” explains Khawng Nu. They were beaten and bullied at any sign of resistance.

Once the baby was born, the women would supposedly receive 1 million MMK (USD 632).

Khawng Nu managed to send a message home to her family, and, with the help of community leaders, the trafficking broker in her village was arrested, although he refused to disclose Khawng Nu’s location.

Eventually, Khawng Nu’s family was able to gather enough money from neighbors to pay the ransom for her return. When she came home to her village, Khawng Nu shared the names of other girls she had met in China with local authorities, and five were rescued and brought back.

Through the help of a local organization that partners with UN Women, Htoi Gender and Development Foundation, Khawng Nu is working toward a brighter future. “At first, when I returned, I felt ashamed and I didn’t want to show my face,” she recalls. “Now, after meeting with other women trafficking survivors through the peer group organized by Htoi, I no longer feel alone and seeing that there are other women who went through the same experience gave me courage.”

Read the full article for more of Khawng Nu’s story and how UN Women is working to end human trafficking in Myanmar.