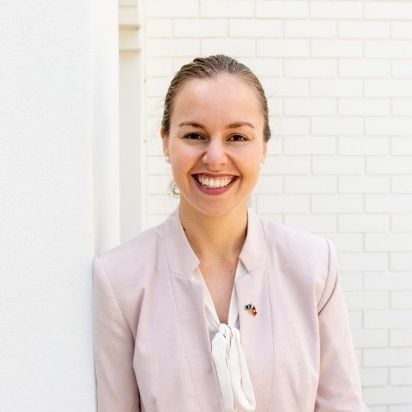 Shelley is a Wilman-Nyoongar woman from Perth, and the CEO of Generation One, part of Minderoo Foundation established by Andrew and Nicola Forrest. Generation One has a mission to create employment parity, with and for Indigenous Australians, in one generation.

Shelley was previously a senior consultant at PricewaterhouseCoopers’ Indigenous Consulting. She is passionate about Indigenous economic empowerment through employment, business and financial literacy.

In 2017, Shelley was invited to attend the United Nations and presented to the UN’s Expert Mechanism on the Rights of Indigenous Peoples, on how financial empowerment can help protect and express human rights.

Shelley was also a delegate to the Uluru Convention on Constitutional Reform, which resulted in the Uluru Statement of the Heart. She is a Certified Practising Accountant, one of less than 75 qualified Indigenous accountants in Australia.

Shelley will be speaking in conversation with Tom Seymour, CEO PwC Australia in our Brisbane event.