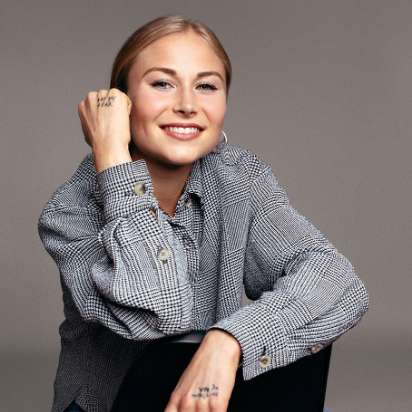 Grace Tame is a leader of positive change. She is a survivor-advocate for victims of sexual assault, particularly those who were abused as children.

In 2019 Grace was assisted via the #LetHerSpeak campaign who obtained a court order on her behalf, so she could speak out publicly, under her real name as an abuse survivor.

Now 26 and based in Hobart, Grace is a regular guest speaker for high-profile events and television programs. She uses her media profile to advocate for other vulnerable groups in the community. She is also a passionate yoga teacher and visual artist, having toured the United States with John Cleese in 2018 (Monty Python) as his personal illustrator.

As well a champion long-distance runner, Grace won the 2020 Ross Marathon in a female course record time of 2:59:31.

Grace will be joining our Sydney event and live streamed to all other cities.